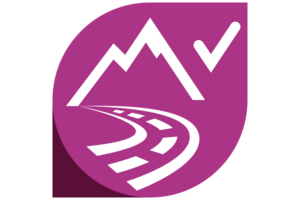 Find out more about the latest release

As technology advances in line with the demands placed on the automotive industry, so too must our solutions. At AVL we endeavor to continually upgrade all of our products and services in order to keep pace with the needs of the industry.

We have just released the latest version AVL SPATM, our leading driveability calibration and visualization tool. SPA 2019 R2 includes a variety of improvements and updates specifically around collaboration and usability.

You can now drag and drop data points on shift maps to make the workflow more intuitive. We have improved the elements charts tab, allowing results from the database to be loaded and visualized alongside different projects without having to resimulate them. And the e-motor element with P2 topology is now considered in the calculation of criteria, if available.

In this latest release, the data points on shift lines can now be moved by dragging and dropping. This enables shift map values, which are updated in the table and the data check continuously, to be edited visually. Current values of vehicle velocity in km/h, engine speed in rpm and transmission output speed in rpm are all displayed in a separate annotation.

Load Results from the Database

Support for Model.Server was introduced in the previous version of SPA, 2019 R1. This allowed users to store projects, models and components centrally, enabling better collaboration.

In 2019 R2 we have taken this a step further. Rating results from existing project can now also be stored in the server, in “Scatter Band” charts. This enables rating results to be compared visually.

If an e-motor element has been added to the model, in SPA 2019 R2 all criteria will be now calculated in consideration of the e-motor. The mode change line has a large effect on available torque and acceleration, so rating can be influenced significantly by utilizing the e-motor.

The report function now features an improved layout with more data and metadata. This includes:

Furthermore, the speed dependent pedal map can also now be configurated with an interpolation curve. This is an improvement on previous versions where only two values cold be used to configure the interpolation. Before the first vehicle velocity value, the lower map we used and after the second velocity value the upper map was used. A linear interpolation was then calculated between the “lower” and “upper” pedal maps.

In the latest version of SPA, we have now made it possible to define a full interpolation curve. This therefore enables the definition of a non-linear interpolation with as many supporting points as required.

SPA now allows maximum vehicle speed to be defined in the general vehicle data. This limits the vehicle speed for all rating calculations, and prevents calculations being carried out above the selected speed. This is relevant for vehicles with a speed limiter, or to emulate speed limits, for example, to prevent the rating of undriveable areas.


Maximum vehicle speed can be defined

The latest version of SPA now features performance improvements for e-motor calculations. Calculations for hybrid vehicles can now be conducted around ten times faster than in the previously release, 2019 R1.