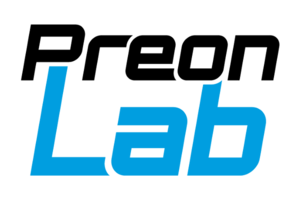 PreonLab 3.3 represents the final 3.x release and AVL is pleased to share the selection of the most notable new features and improvements:

The implicit viscosity solver introduced in PreonLab 3.2 greatly increased the capability of the Preon Solver in terms of viscosity modeling. However, the solver was still strictly limited to Newtonian fluids. PreonLab 3.3 removes this limitation by introducing the power law viscosity model. The power law model can be used to simulate a wide range of both Newtonian and non-Newtonian fluids like polymer solutions and suspensions. While it can be used with the explicit viscosity solver, it also supports semi-implicit integration and therefore allows for the fast simulation of highly viscous flows. PreonLab 3.3 also improves the existing model for Newtonian fluids by introducing decoupled parameters for bulk and shear viscosity.

Modeling the car suspension response due to the fluid pressure is an important component of every car wading simulation. With PreonLab 3.3, the car suspension model has been improved according to users’ feedback and the overall workflow has been further simplified. Firstly, the suspension model now supports user-defined spring constants and damper coefficients.
Secondly, a more flexible interface to specify the weight distribution and the resulting center of mass has been created. Both changes allow for a more accurate simulation of car suspension within a range of different scenarios.
The tutorial and the auxiliary python script used to set up the car kinematics have also been updated. The new tutorial and the script make it simpler and more intuitive to move from the generic example towards customer specific wading applications.

The ability to handle any geometry without manual pre-processing has always been one of the key strengths of PreonLab. However, in some cases the purely particle-based approach used by PreonLab requires a significant number of solid particles in order to represent the geometries. Consider a single rain droplet falling onto a rangy geometry - in the past, PreonLab would sample the entire geometry with particles in order to compute the interactions between the rain drop and the geometry. To reduce memory consumption and improve the performance, PreonLab 3.3 introduces a new feature called dynamic sampling. In a nutshell, dynamic sampling will generate solid particles only where they are required and when they are required. The two images below show an example in which only a fraction of the geometry surface is sampled without compromising the simulation quality. Additionally, the scheduling of solid particles to CPU cores has been optimized, which can improve performance regardless of whether dynamic sampling is used or not. Combined, these changes can add up to significant performance gains in many setups, including raining simulations, rigid body simulations and MPI simulations with moving geometries. In PreonLab 3.3, dynamic sampling must be activated explicitly in the property editor. It will become the default in PreonLab 4.0 later this year.


Dynamic sampling only generates solid particles where they are required (left), while achieving the same simulation result as before (right). This can improve performance and reduce memory consumption.

Please read the changelog where a full list of changes is available. To learn more about the new features, have a look at the updated manual.